An article in the New York Times today regarding the Mendenhall Glacier we visited last summer:

JUNEAU, Alaska — The idea that glaciers change at a glacial speed is increasingly false. They are melting and retreating rapidly all over the world. But the unpredictable flood surges at the Mendenhall Glacier, about 14 miles from downtown Juneau, Alaska’s capital, are turning a jog into a sprint as global temperatures and climate variability increase.

The glacier is about 14 miles from downtown Juneau. Monitoring equipment has been installed at the site.

Jamie Pierce, a researcher, checked one of the instruments.

Starting in July 2011, and each year since, sudden torrents of water shooting out from beneath the glacier have become a new facet of Juneau’s brief, shimmering high summer season. In that first, and so far biggest, measured flood burst, an estimated 10 billion gallons gushed out in three days, threatening homes and property along the Mendenhall River that winds through part of the city. There have been at least two smaller bursts this year.

“That first one caught us by surprise,” said Tom Mattice, the emergency programs manager and avalanche forecaster for the City and Borough of Juneau.

That the Mendenhall Glacier is thinning, and has been for decades, is only part of the explanation. Water from snowmelt, rain and thawing ice are also combining in new ways, researchers said — first pooling in an ice-covered depression near the glacier called Suicide Basin, then finding a way to flow downhill.

What prompts a surge, and the urgent search for a way to anticipate and prepare by scientists and safety officials like Mr. Mattice, is pressure. As water builds up in the basin and seeks an outlet, it can actually lift portions of the glacier ever so slightly, and in that lift, the water finds a release. Under the vast pressure of the ice bearing down upon it, the water explodes out into the depths of Mendenhall Lake and from there into the river.

Glaciologists even have a name for the process, which is happening in many places all over the world as climates change: jokulhlaup, an Icelandic word usually translated as “glacier leap.”

“We don’t have a sense yet how much of a threat this poses, or how much water you could store up there,” said Jason Amundson, an assistant professor of geophysics at the University of Alaska Southeast, in Juneau.

What elevates the concern is the proximity of people, and lots of them. Glaciers may be leaping in many places, but it mostly happens in isolation.

The roughly 12-mile-long Mendenhall, by contrast, is one of the most visited glaciers in the world, and an urban one. About 400,000 tourists a year, 80 percent of them from the cruise ships that stop at the Port of Juneau, are drawn to the glacier.

“We’re a drive-up glacier,” said Nikki Hinds, the assistant director at the Mendenhall Glacier Visitor Center, which is operated by the Forest Service. “In how many places can you have that?”

This summer, glacier-monitoring intensified. A pressure transducer to gauge water buildup, partly paid for by the city, was installed in a deep crack on the edge of the basin, with a satellite link sending back real-time data about the glacier’s hidden waterworks. A time-lapse camera was also positioned at the main pooling site for the first time to track bulges in the ice that could suggest dammed-up water.

“The biggest thing we don’t know is what’s blocking what,” said Jamie Pierce, a mountaineer and researcher at the university. Mr. Pierce was out on the Mendenhall ice on a recent afternoon, checking the instruments. After rappelling about 50 feet to the transducer, he found it completely dry, suggesting that the water was finding another channel, or another damming point, than the one suspected of causing the trouble.

Like glaciers the world over, the Mendenhall has thinned and retreated hundreds of feet since visitors first started coming here in the late 1800s. Long-term climate models suggest a warmer, wetter pattern in this part of Alaska, which could have its own strange ripple of consequences for the Mendenhall and the people who love it, study it and live by it.

Warmer temperatures could mean more rain and less snow at lower elevations, said Tom Ainsworth, the meteorologist in charge at the National Weather Service office in Juneau. That could intensify runoff and the frequency of surges. But more precipitation, he said, could also bring more snow to higher elevations. Greater annual snowfall, repeated over many years, could cause some glaciers, or portions of glaciers, to grow as snow compacts into the ice.

That paradoxical picture — glaciers shrinking, glaciers growing, more rain, more snow, more heat — can be difficult to communicate or grasp in the brief time that most tourists spent at the glacier.
“You’re on a time schedule,” said Sherry Reese, 65, a retired corporate travel manager from Denton, Tex., who was walking on a trail near the visitor center on a one-hour tour last week with her husband, Alan. “That’s it. You saw it. Next!”

Mr. Reese said the net result is that most people are probably not able to even imagine the glacier changing at all, so big and eternal it can seem in its blue-tinged majesty.

“They see what they see and that’s what it is, not recognizing what it was 500 years ago,” said Mr. Reese, who, like his wife, was wearing a sweatshirt against the chill of the ice, with “Alaska” printed across the front.

Source: New York Times, July 23, 2013, online edition. A version of this article appeared in print on July 23, 2013, on page A10 of the New York edition with the headline: Alaska Looks for Answers in Glacier’s Summer Surges.
Posted by Elaine McIntyre Beaudoin at 11:00 AM No comments:

In going through the photos taken while on the Alaskan cruise, I found I had wonderful photos of the family --- all with smiles.  It warmed my heart to see them, despite the coolness of the ocean breeze.

Thought you would enjoy.

Photo video: Elaine Beaudoin
Posted by Elaine McIntyre Beaudoin at 11:30 AM No comments:

Kacey, Kate and Megan were captured several times during the cruise dancing their hearts out. They were often being lead by Anna Bass, the cruise director, but other times they didn't need any "instructor"!  This video represents only a few of those moments.

Video: Elane Beaudoin
Posted by Elaine McIntyre Beaudoin at 10:59 AM No comments:

We only had a day and a half in Seattle, but we made the most of it enjoying the Seattle Center including the Space Needle, Monorail and the Chihuly Garden and Glass; the Public Market with all of its fresh produce, fish and flowers; the Future of Flight Museum and the Boeing Plant in Everett; and ending the day driving about 2,000 feet up Mt. Rainer.  All in the most beautiful weather imaginable.

One of the most beautiful parts of the Alaskan cruise was sailing through the Tracy Arm Fjord.

"I Will Survive" was belted out by Emily Heuck and Kacey Batke during their Alaskan cruise last month.

Kelly and Erin entertain on the Rhapsody of the Seas........

What Else to Bring?

1. Three-way plug - to charge phones, cameras, laptops, etc.
2. Night light - for bathroom so overhead lights don't need to be turned on in the middle of the night.
3. Seasick medication
4. Sunscreen - it is cool in Alaska, but there are many hours of sunlight.
5. Binoculars - to view the wildlife from the ship
6. Alarm clock, battery operated - it is nice to have a clock you are familiar with and if there are any power issues, you have a clock with the correct time.
7. Small Flashlight - when it gets dark in the room, it gets very dark.
8. Insect Repellant - those Alaskan mosquitoes are big and very hungry.
9. Small Journal - it is nice to write down places you have seen and interesting things encountered as well as to record places where photos have been taken.
10. Games - we are going to be At Sea for nearly 3 days, might be fun to play cards, Trivial Pursuit, Scrabble, etc.
11. Reading Material - a good book, a few magazines which can be tossed and/or crossword/puzzle books - nice to have for relaxing during Cruising Days.

Prior to the Cruise

1. It is advisable to contact your credit card company to let them know you will be out of the country.
2. Make a copy of your passport; bring extra passport photo if you have one.
3. Copy all of your credit cards, front and back.
4. Leave cruise ship contact information with family or friends.
5. Charge up all of your electronic equipment: Phones, laptops, cameras, iPods, etc. 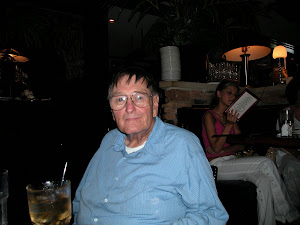 We are all so grateful for your thoughtfulness, generosity and spirit of adventure.